Since about the middle of last century, the town of Graun lies under the lake´s surface. In 1950 a dam was built by an Electric Company Montecatini which burried Graun under water. The inhabitants had to move and the houses were buried by the water.

The top part of the town's church tower is more or less visible today, depending on the water level. 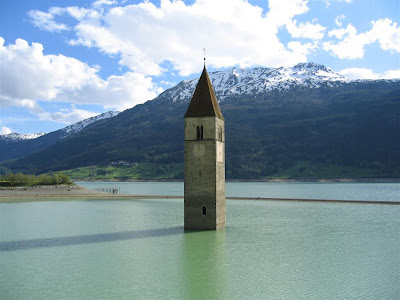 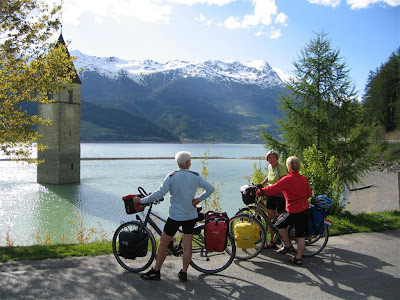 Posted by Islamabad at 8:22 PM