Córdoba is a city in Andalucía, southern Spain, and the capital of the province of Córdoba.

Today a moderately-sized modern city, the old town contains many impressive architectural reminders of when Córdoba was the thriving capital of the Caliphate of Córdoba. 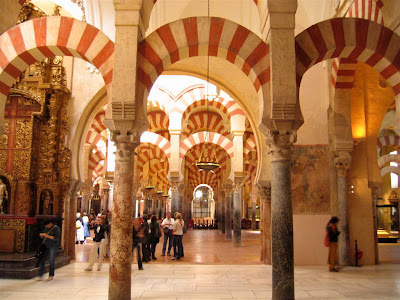 The main reason we visited the city of Cordoba was to see the Mezquita. The Mezquita of Cordoba is the only Great Mosque built under Islamic rule in Spain(700s AD) that still stands today. 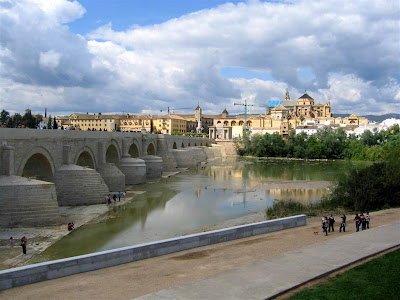 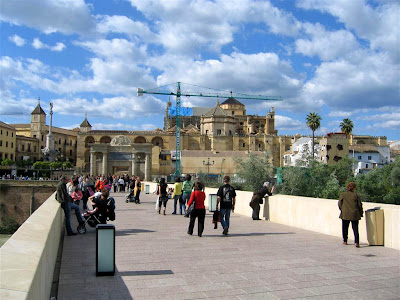 Views of the Mezquita from the bridge 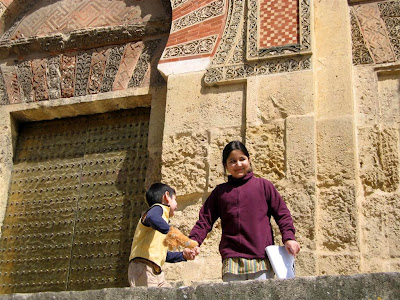 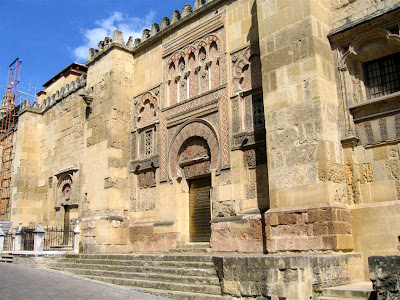 One of several beautifully decorated entrances to the Mezquita. 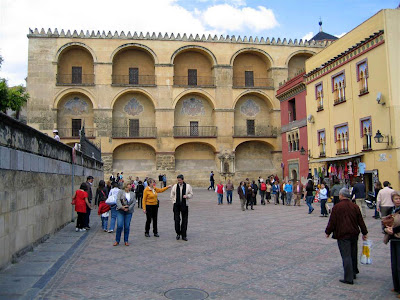 Today, the Mezquita is the cathedral of Cordoba and no longer a mosque, but the vast majority of its architecture owes its origin to the Islamic architects who built it as a mosque in the 8th century. 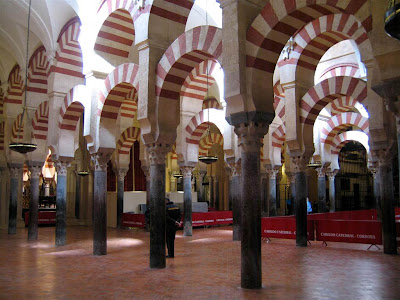 The Mezquita de Cordoba is most notable for its giant arches and its forest of over 1,000 columns of jasper, onyx, marble, and granite. 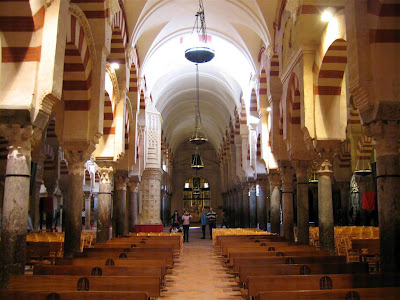 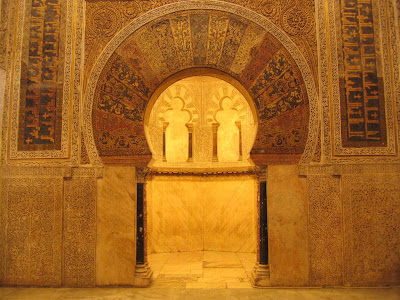 The Mahrab, considered one of the most beautiful in the world was built by Al Hakam II (961-76). It's decorated with golden mosaic designs and Arabic script. 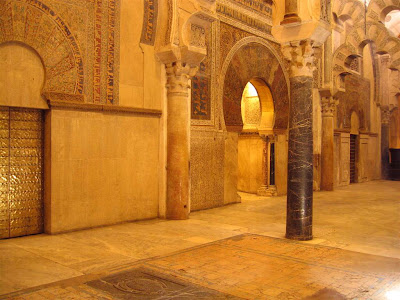 Another view of the Mahrab. 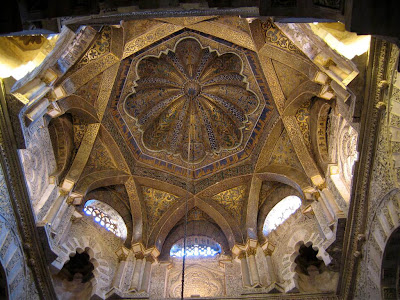 The spectacular domed ceiling above the Mahrab. 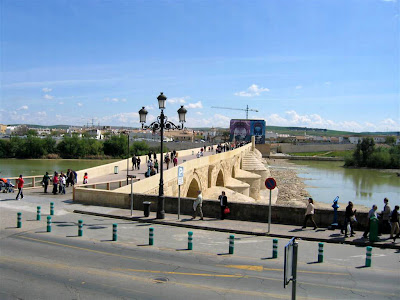 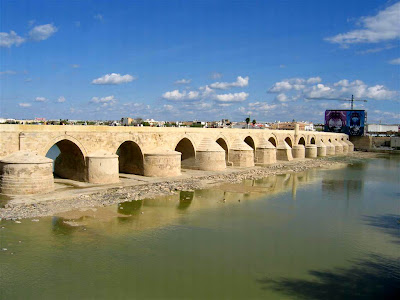 Views of the bridge. 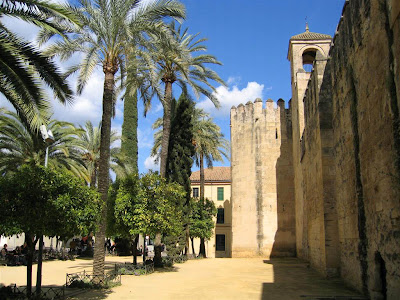 Alcazar (castle), another of the major attractions of Cordoba. The gate was closed so we could not go inside.

Posted by Islamabad at 3:07 AM