The Alhambra is a palace and fortress complex of the muslim rulers of Granada in southern Spain. 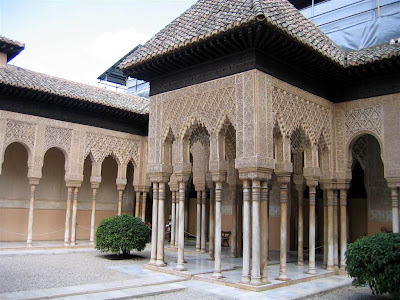 Perhaps the most beautiful palace constructed by the Arabs. 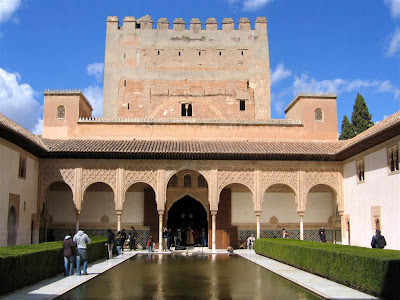 Built towards the end of Muslim rule in Spain, the Alhambra is a reminder of Muslim culture as it was in Iberia 600 years ago. 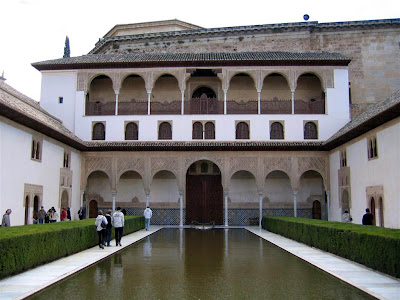 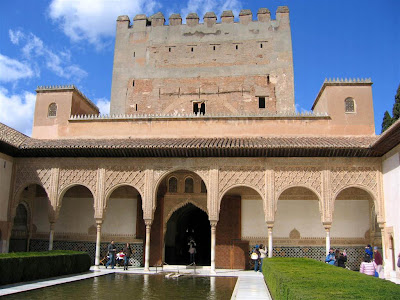 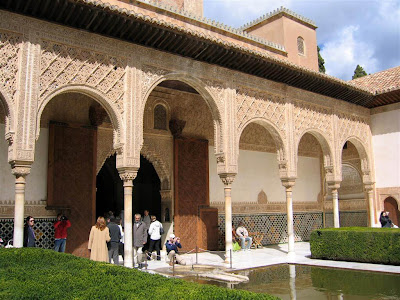 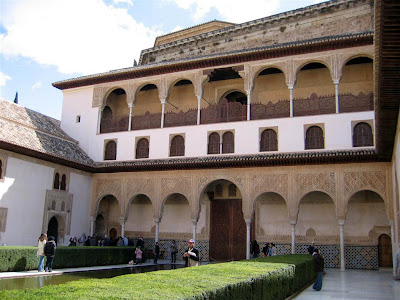 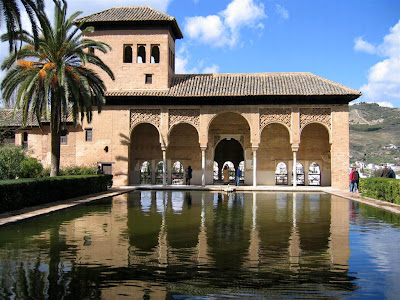 One of the palaces of the complex. 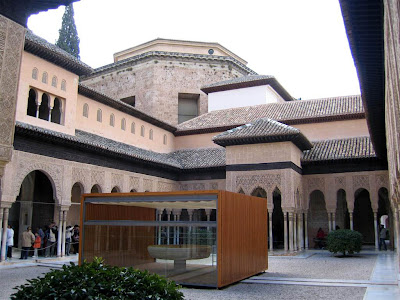 The Court of the Lions is probably the most famous place of the Alhambra. It is so called because of the twelve lions that throw jets of water and which are part of the fountain in the middle of the patio. The big basin rests on top of these twelve lions that are around it.

To our disappointment, the lions had been taken away for restoration. 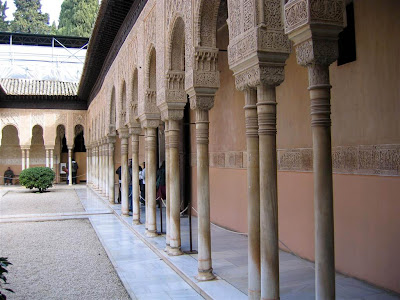 Another view of the court of the lions. 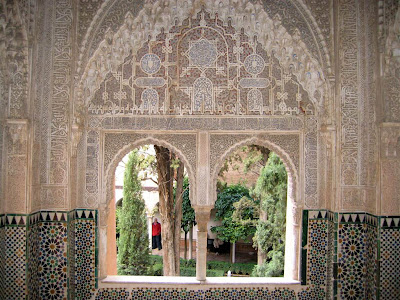 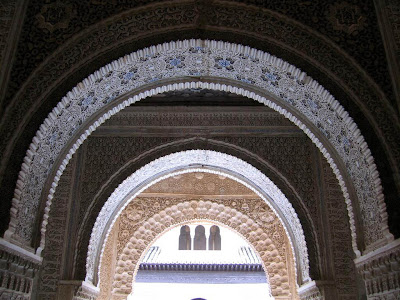 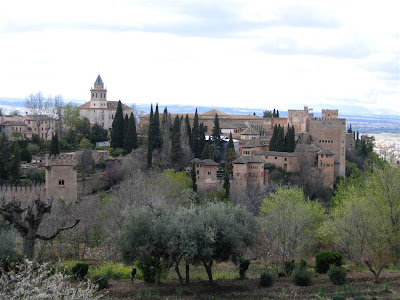 View of Alhambra from the gardens (Generalife). 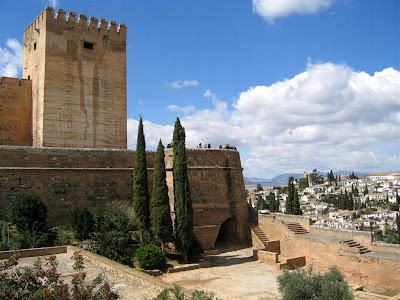 The Alcazaba, a fortress, is the oldest part of the Alhambra. 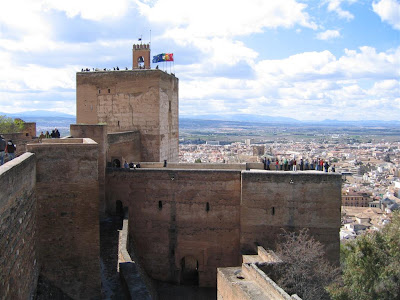 The original construction had 24 towers but only a few remain. 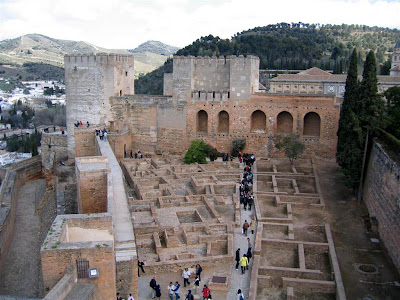 The Alcazaba acted as military headquarters for the Nasrid dynasty. It was built on the highest point of the hill to defend the royal family and house their army. 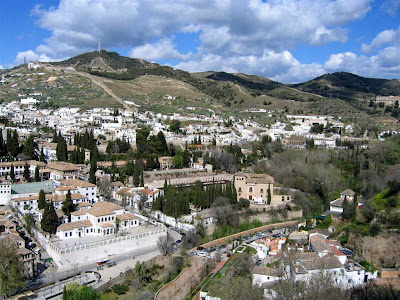 View of the city of Granada (from Alhambra)
Posted by Islamabad at 3:42 AM

Wonderful pictures with good captions. Though few muslims are left in Spain, these monuments are a tribute to their culture!